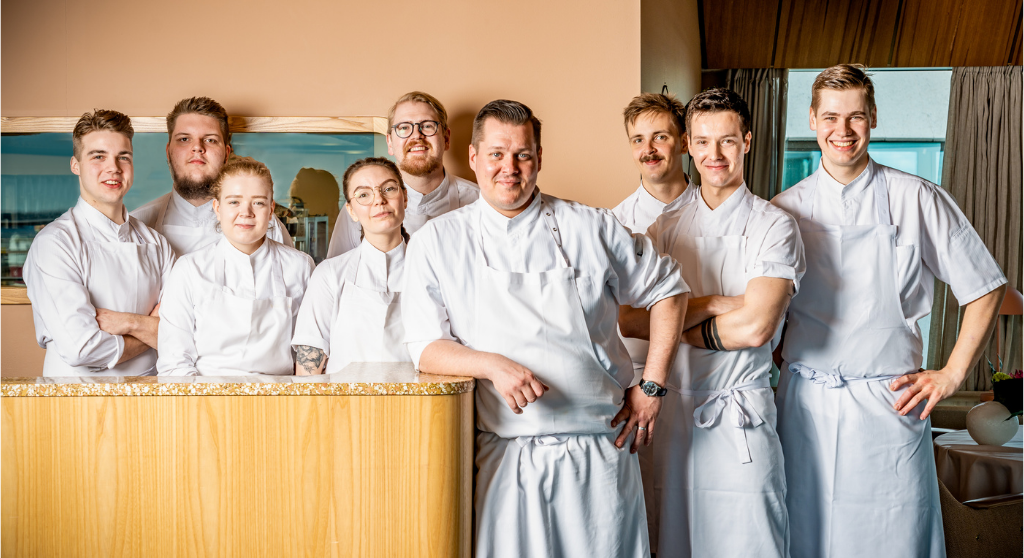 On May 18, we could finally stop waiting. The list of Finland’s 50 best restaurants was announced at the Gastro Helsinki trade fair. This exciting gastronomy vote is organized yearly by Viisi Tähteä online media. 2022 was the 14th year.

The result of a vote for Finland’s 50 best restaurants 2022 was announced on May 18. The list was revealed at the Gastro Helsinki trade fair. Almost 400 restaurant professionals, food influencers and others from the entire food- and beverage industry participated in the vote.

Restaurant Palace in Helsinki wins for the third time

400 voters from every corner of Finland’s food industry secured Restaurant Palace a winning position at the very top of the list. This is the third time in a row Palace, with head chef Eero Vottonen, has landed a well-deserved 1st place in the vote.

Palace opened its doors in 1952 and has since then been a pioneer on the Finnish gastronomy scene. The restaurant was also the first in Finland to receive a Michelin star in 1987. While guests enjoy the food and drink at restaurant Palace, they can lift their wine glasses and glance out a beautiful 10th-floor view over Helsinki and its seascape in the city’s southern harbour.

“It feels great to be voted as no. 1 for the third time in a row. Especially since the past two years have been very hard for the industry. It makes us feel that we’re doing the right thing in order to progress constantly. We celebrated by working,” tells Eero.

All the hard work is done by the team, so they are the ones that deserve to feel proud! – Eero Vottonen

In 2nd and 3rd place we find the two other Helsinki-based restaurants BasBas and Savoy.

BasBas draws its inspiration from cosy Paris bistros, laid-back food joints in San Francisco, and small Italian osterias. They love sharing their carefully curated playlists paired with mandatory French kisses on the cheek to go. BasBas’ kitchen is ingredient-driven and, according to their own description, “daring in its outrageous simplicity.”

Savoy, a Finnish-French restaurant, has welcomed guests since 1937. Helena Puolakka has been the restaurant’s head chef since 2019. Helena’s ambition is to respect Savoy’s history while still providing guests with an inspiring and time-relevant dining experience.

The 50 best restaurants represent many cities in Finland

From the far south of Finland to the north. With many different cities represented on the list of Finland’s 50 best restaurants, the list can also serve as a travel plan for foodie travellers.

Always wanted to explore the beautiful home of the Moomin trolls while also treating yourself to the very best food? There are plenty of travel-worthy destinations on the top-50 list.

31 of the 50 best restaurants are based in Helsinki. The remaining 19 are from other places in Finland. Some of the cities represented on the list are: Espoo, Inari, Kirkkonummi, Porvoo, Posio, Oulu, Rovaniemi, Savonlinna, Tampere, Turku and Vaasa.

A way to highlight the best dining experiences

The 400 voters evaluated the restaurants on their concepts, service, pairing of food and drink, atmosphere and overall guest experience.

The idea of the 50-best list is to highlight restaurants that are very good at what they’re doing. In other words, a way to acknowledge and celebrate all the dedication, hard work and gastronomy magic that takes place behind the scenes.

It’s all about ideas, keeping food culture alive and knowing how to offer guest the best service.