Bocuse d’Or 2023: Winners and insights from a jury member 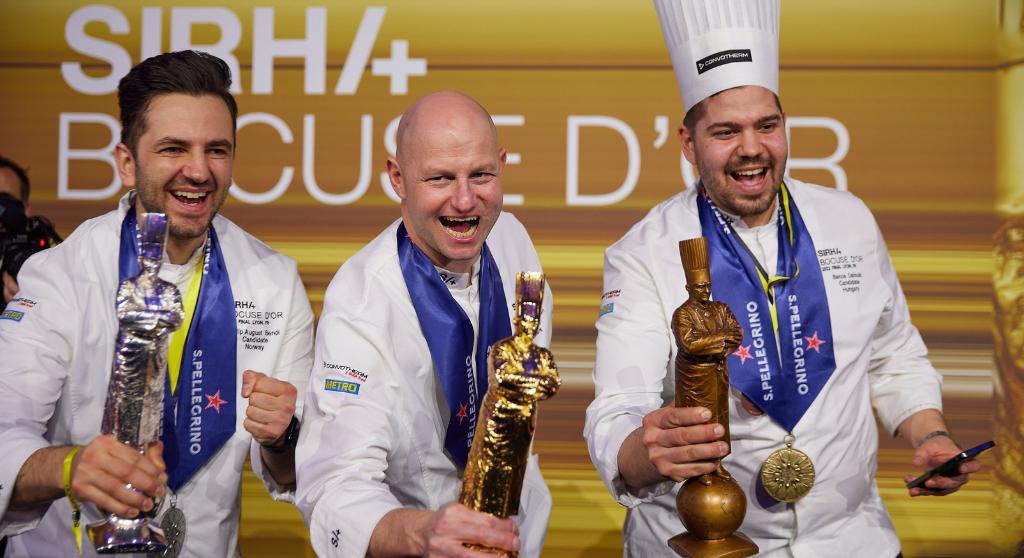 The winners of Bocuse d’Or 2023 have been announced! Tune in for the results, highlights of the contest, and the thoughts from one of the jury members.

A big congratulations to Danish Brian Mark Hansen from Søllerød Kro and his assistant, Elisabeth Madsen, from Svinkløv Badehotel, who won gold at Bocuse d’Or 2023. The competition was fierce and the bars were sky-high! Maybe you’ve wondered what it takes to stand out in a competition with the most disciplined chefs in the world. Or how it must feel to be a part of the tasting jury at this prestigious world cooking contest. Eero Volloton, who’s leading a 2-starred Michelin restaurant in Helsinki, has been the representative of Finland on the jury for this year’s Bocuse d’Or, and he has shared his thoughts and hopes for this year’s finale.

The history of Bocuse d’Or

Bocuse d’Or is an international gastronomic competition with the greatest chefs from 24 countries worldwide. The first contest took place in 1987 and has taken place every two years in Lyon, France. The competition was later named after its founder, Paul Bocuse. Paul Bocuse was a French gourmet chef, who received 3 Michelin Stars continually for 55 years since 1965. He passed away five years ago, but his legacy lives on. Moreover, the culinary world still considers him to be one of the best chefs of all time.

The Bocuse d’Or tasting jury consists of highly competent chefs that have been prominent on the gastronomic scene in the countries of the final candidates. Finland is one of the European countries that qualified for the finale and their representative in the jury is certainly living up to the criteria.

Eero Vottonen, the Finnish chef and culinary mastermind, was a member jury at Bocuse d’Or 2023. Moreover, Eero is the head chef at the prestigious 2-starred Michelin restaurant, Palace Restaurant, in Helsinki, Finland’s number 1 restaurant in 2022. Before the big finale took place in Lyon, Eero shared his thoughts about being on the jury:

How do you feel about being on the other side of the jury’s table?

Sitting at the jury table at the Bocuse d´Or is really an eye-opening thing. You always wonder when you are competing and getting ready for the competition what are the things that separate the top three from the other positions.

You have a sense of the overall level and see the latest innovations from the culinary world. It is also a tremendous honour to sit with all of the great chefs at the same table and to represent your own country — Eero Vottonen

What does it take for a contestant to impress you and the rest of the jury? How can a candidate stand out from the others?

I think that the level of this competition is so high, that in order to impress you really need to show personal commitment and style. Of course, if you can surprise with new and different flavour combinations it is always something that you remember. In good and bad of course. But to be honest, there are so many small details regarding the tray or the plated theme that you have to consider, that small margins make the big differences. And I think in the end, it all comes down to the taste of the dish.

What are you looking forward to for Bocuse d’Or 2023?

This year I hope I will be sitting on the monkfish jury and I will see a really high level of cooking with nice ingredients on the theme. It will also be very interesting to see how the other theme is done by different countries. And it will also be great to meet old and new friends!

In 2022, Danish chef Brian Mark Hansen from Søllerød Kro won gold at Bocuse d’Or Europe 2022 in Budapest. This year, he competed in the world cooking contest and won gold once again. The remaining contestants for this year’s finale were found among:

Here are the winners of Bocuse d’Or 2023