Why is umami such a buzzword? 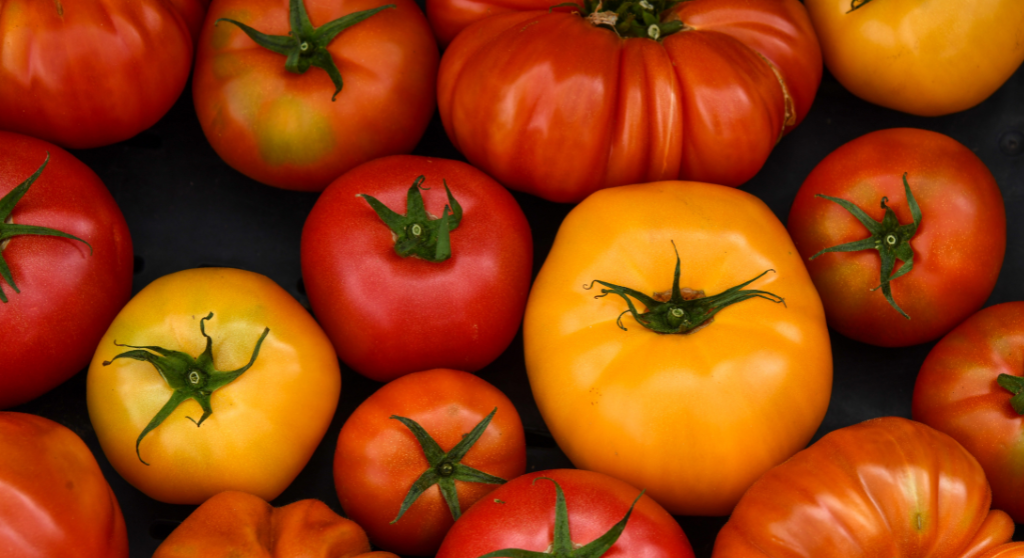 Umami is a basic taste that isn’t sweet, sour, salty or bitter. So, what does it taste like and how does it affect how your guests experience your food?

Umami is hard to pin down, but you’ve experienced it many times. That might be quite a claim, but just because something is hard to describe doesn’t mean it’s not there.

The New Yorker’s food critic Hannah Goldfield defines umami like this, “That deep, dark, meaty intensity that distinguishes seared beef, soy sauce, ripe tomato, Parmesan cheese, anchovies, and mushrooms, among other things. It hits the back of your throat and leaves you craving more.”

This gets us a step closer to understanding what umami is, but because this mysterious fifth flavour can be found in so many different food combinations, it’s still hard to think about it the same way we think about bitter, sour, sweet and salty.

If you think about sour, you might already be able to imagine the feeling of biting into a lemon. Are you squeezing your eyes together? There’s no facial expression for umami, and maybe that’s because this taste is kind of all over the place. Let’s explore it further.

Umami was discovered in Japan in 1907 by the chemist Kikunae Ikeda. One day when Ikeda was enjoying a family dinner, he thought to himself that his soup was tastier than normal.

After pondering and staring into the soup bowl for a while, he realized that the reason behind the surprising tastiness was kombu, a combination of brown macroalgae and fish flakes called katsuobushi.

This sparked Ikeda’s curiosity enough for him to study the chemical composition of kelp.

As a result of his studies, he found out that brown glutamate crystals (glutamic acid) were the secret behind the delicious flavour of his soup.

Glutamic acid alone is actually sour, with a hint of umami, but when combined with sodium salt it gets that clean savouriness that makes our tastebuds scream “UMAMI!” even if we don’t know exactly what that means.

Umami and MSG — what’s the connection?

Are umami and MSG the same? Yes…but maybe not in the way you imagine. In the food industry, MSG, or monosodium glutamate, if we take our time to spell out its full name, is used as a flavour enhancer. This usually means that a factory or chef has a jar of chemically produced MSG powder they sprinkle in a soup, on potato chips or something else that needs a little umami magic.

Maybe you’ve heard that MSG is something chemically produced that must be avoided at all costs, but according to multiple studies, MSG isn’t harmful, even if you eat it often.

So, to get back to the question, yes, MSG powder produced in a lab is umami. This version is used on food that doesn’t have umami flavour naturally, so we could call it cheating, but hey, we’re humans, we like shortcuts to tastiness.

Want to work that umami magic when you’re cooking or putting together a new dish for your menu? You can easily get there without pulling down a jar of white powder because umami is also found in several commonly used food items. Chances are, these foods are already in your kitchen now.

Which foods are tasty in that umami kind of way?

Umami is not only lurking around in seaweed and white powder. You can also catch natural umami in these foods:

The riper and redder your tomatoes are the more umami power. Making a simple tomato sauce? If you’re about to throw out the tomato seeds, stop right now! According to a study by the famous chef, Heston Blumenthal and a group of chemists, your tomato sauce will be packed with umami if you use both the seeds and the flesh. You can read the study here.

Cheese is easy to love, and one reason is umami. There’s also the lovely way most of it melts and gets chewy in just the right way. And the way it feels to eat a piece from the fridge in the middle of the night when nobody is looking. Just you, your chunk of cheese and umami.

Many kinds of cheese have high levels of umami goodness, but matured cheeses have the most. This is because the maturation process makes the umami content more concentrated.

Reach for harder, matured cheeses such as Parmesan, cheddar or Emmenthal if your pasta or quiche needs umami. Soft, fresh cheeses such as mozzarella and feta don’t have very high levels of umami, but luckily, they pair amazingly well with ripe tomatoes.

Fermentation works the same way as cheese maturation, it gives the umami content a good boost. Soy sauce, kimchi, miso and oyster sauce, are just a few examples of fermented products you can turn to when you want to add an umami kick to your cooking.

Mushrooms are full of umami power. Dried mushrooms especially, because the process of drying brings out the flavour magic. There are so many kinds of mushrooms to pick and choose from, but these mushrooms will bring your risotto or soup to a higher umami level: shiitake, shimeji and enoki.

The Umami Database — a gold mine of tastiness

The umami database…is that a thing? It is, and it’s full of flavour-squeezing details about different kinds of umami foods. Want to make your guests crave more of what’s on your menu? Bring the umami database into the game when you’re planning next season’s menu.

There are recipes on there too, but if you prefer coming up with dishes that are unique to your restaurant, the umami database is a great go-to for inspiration.

Having umami-inducing elements in your dishes brings your guests’ tastebuds to places they want to come back to, and that’s exactly why umami has become such a buzzword. In fact, umami has always been here, we just understand it better now. The word might stop buzzing, but the flavour is here to stay.